As part of British Science Week, 5-14 March we are celebrating DE&S Scientists and the ground-breaking work they do. Every day we will be publishing a ‘meet the scientist’ interview. Today, 9th March, meet Hugh Bellars. 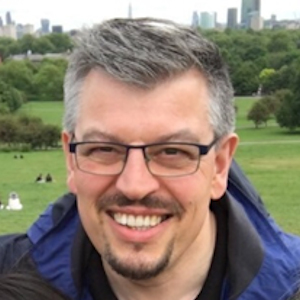 I have worked at DE&S since it was founded in April 2007. Before that, I worked in DE&S’ precursor organisations, the Defence Procurement Agency and the Procurement Executive. Apart from a few jobs elsewhere in MOD, I have worked in defence acquisition over a 28-year period. Before that, I spent my foundational years in defence research, training as an explosives engineer.

If you had to explain your job to a child, what would you say?

I am just transitioning between assignments. My previous role as Head of Project Neptune was about making things better for our hard-working staff out in the business, so that we can continue to improve delivery to our customers. My new role as Head of Acquisition Transformation is all about working with others in defence to address some of the big issues that could prevent Ministry of Defence acquisition from working effectively.

When you were a child, what did you want to be when you ‘grew up’?

I remember having a fantasy about being ‘Q’, the back-room boffin who provided James Bond with his weapons and secret gadgets. Ironically, in my 20s I was offered a job that could have led directly to becoming the real ‘Q’. However, I sensibly chose a role in defence acquisition instead; something that I have never regretted!

Being part of the small team that assessed the size of the giant IRA truck bomb that devastated the heart of the City of London in 1993.

What are you most proud of in your career?

Being the Scientific Advisor to Operation Herrick in Afghanistan and working at the heart of the Counter-IED battle. I was very proud to see the incredible impact of DE&S’ procurement and support work at the front line, which in many cases was truly lifesaving. We sometimes forget just how great DE&S really is!

The incredible promise offered by new digital technologies, which have the potential to truly revolutionise research, development, manufacture, test and evaluation and in-service support. These include the accelerating performance and falling costs of High-Performance Computing; and the parallel advances in Machine Learning and Data Science. These can be applied to modelling and simulation, verified and validated models and ‘digital twins’. It’s clear to me that these digital technologies are coming on very fast and DE&S needs to be ready for how we will use them in our work.

Just go for it! You would be hard pushed to find another career that would allow you to work on as many cool, exciting and rewarding things; and with so many truly inspiring people.